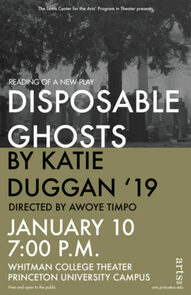 
Disposable Ghosts
For my theater thesis at Princeton, wrote an original full-length play. The play is set about a suburban Massachusetts town, Deacon's Grove, which is planning its annual celebration of the town founder. The head of the historical society plans the events, and her son gives ghost tours of the town. When a young woman starts a protest in front of a statue of slave-owning colonial founder Arthur Deacon, the families in the town start to confront their own histories and memories, and the ghosts that haunt them all. The play was given a workshop with professional actors at Princeton University in January 2019, directed by Awoye Timpo.

People You May Know
I am currently working on the libretto for an original musical that follows a college student, Casey, as she struggles with the trauma of a prior sexual assault. This timely musical explores mental health, gender violence, and how understanding yourself and other people is a process that takes time. Music and lyrics by Alec Steinhorn and Jordan Knitzer.

As an undergraduate at Princeton University, I was a sketch writer and lyricist for the Princeton Triangle Club, the oldest touring collegiate musical comedy organization in the nation. As a member of the Writers Workshop, I contribute to the libretto and the lyrics of two shows per year: a full-length musical each fall, and a smaller revue musical each spring. The fall shows, both performed at Princeton's award-winning McCarter Theatre Center, were among the highest-selling shows in Triangle's history, and went on national tour.

Below are selected songs and sketches I wrote. 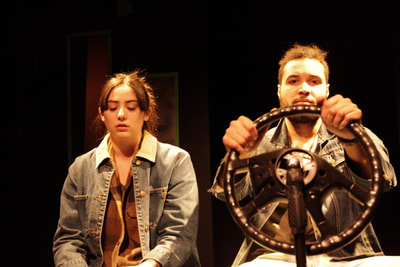 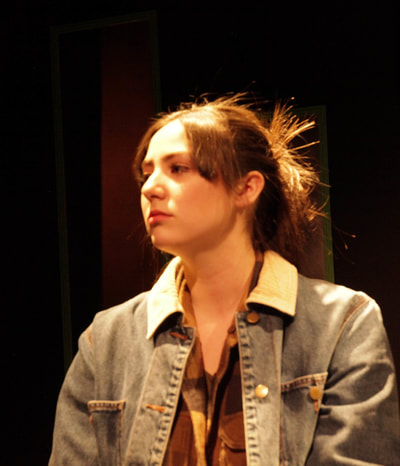 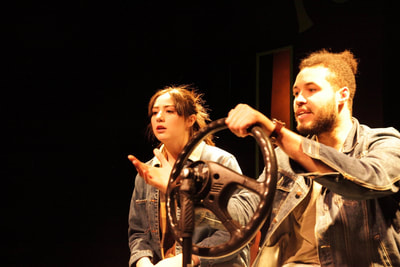 My original short play, White Noise, was performed as part of Funhouse III, a late-night play anthology series created by Brian Toews. Performances were held on April 26-28 at The Slate Theater in Seattle, Washington.  Images courtesy of Funhouse.